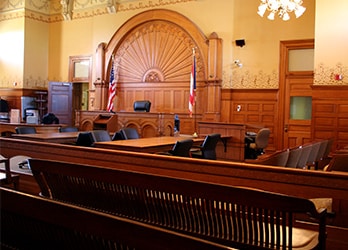 Equitable Subrogation: It’s not volunteering when you’re helping yourself

Peter Brown and Adam Holland, attorneys at the Gallagher Law Firm, have prepared the following article relating to the recent case about equitable subrogration in Michigan. The article was published on the

The holding in CitiMortgage, Inc. v. MERS, Inc. will prove to be very beneficial to the title industry in Michigan. In 2005, the holding in Washington Mutual Bank, N.A. v. Shorebank Corporation established a rather inflexible rule in Michigan precluding the application of equitable subrogation in mortgage refinancing transactions. Although the Washington Mutual opinion suggested that equitable subrogation may still be applicable where the new mortgagee is the holder of the mortgage that is being refinanced, that situation was not specifically addressed by the Court. As a result, since 2005, the application of the doctrine by Michigan Courts has been unpredictable. However, the CitiMortgage Court made it very clear that equitable subrogation is available and should be applied if the refinancing lender is the same lender that held the original mortgage before the intervening mortgage arose and the intervening lienholder is not materially prejudiced by the application of equitable subrogation.

Peter C. Brown and Adam A. Holland of the Gallagher Law Firm prepared an overview of the case and discuss the impact that it will have on the lending and title industry. The article can be found on the Michigan Banker's Magazine blog, found here: http://mibankermag.com/guest-blog-equitable-subrogation-court-ruling-in-michigan-affects-michigan-lenders/

The article was also featured in the American Land Title Association members news report for January 5, 2012 at http://www.alta.org/news/news.cfm?newsID=16390.

We recommend The Gallagher Law Firm if you are looking for a group of attorneys that understand the real business world that we all live in. We need a firm that prioritizes our needs for a fast response time as well as giving you solid knowledge that…”
– D. Preston, Capital Steel & Wire Inc.

Read More From Our Clients